Corp Cru is pleased to announce that due to popular demand, WhiteBox has extended the exhibition of Corporation and Fister thru Saturday March 25, 2017. 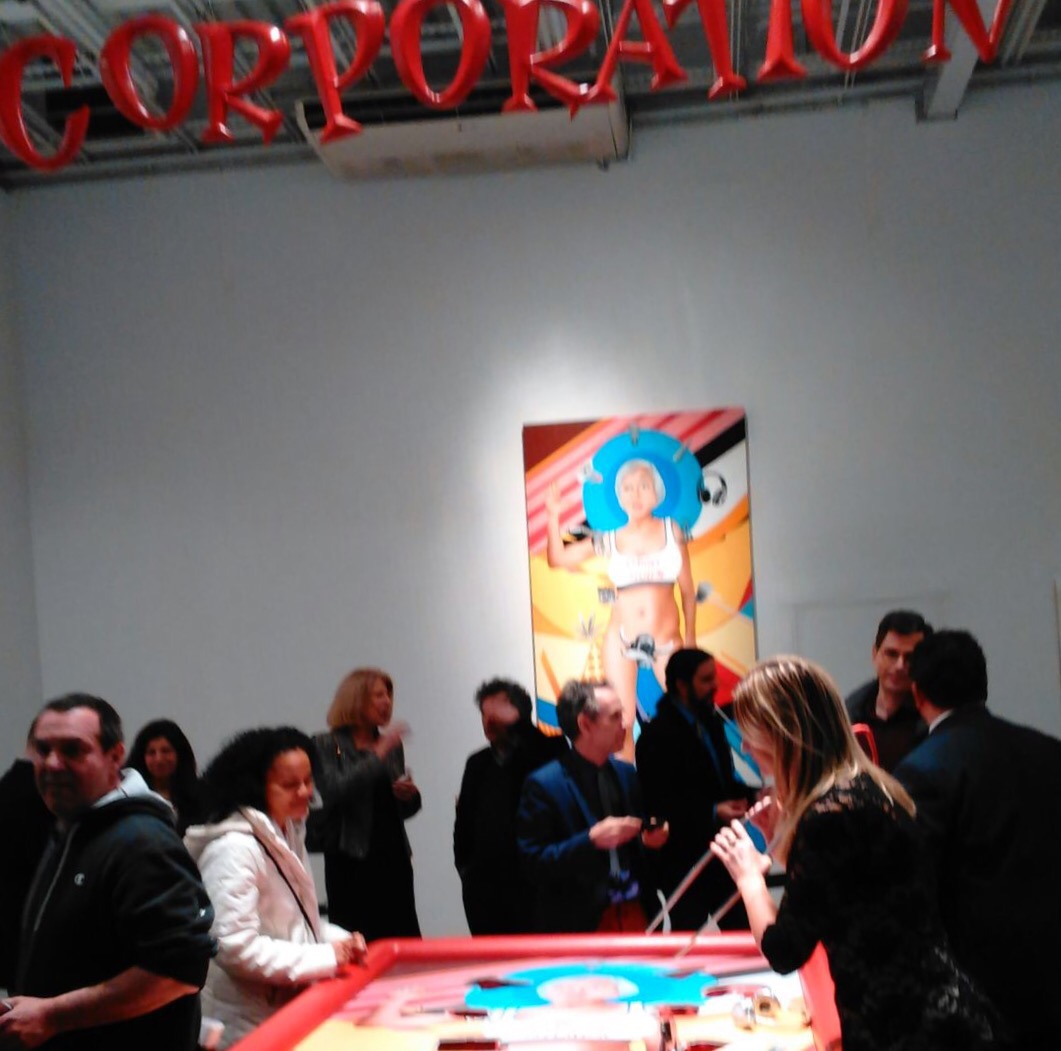 The public has responded in a highly favorable manner to the exhibition; a highly unique and interactive collection of 65 original works.

Corporation; a 50 piece satire of life under the corporatocracy as governed by the Federal Reserve, contrasts with the newly constituted sovereignty of the “Blockchain“, the technology backbone that generates Bitcoin. 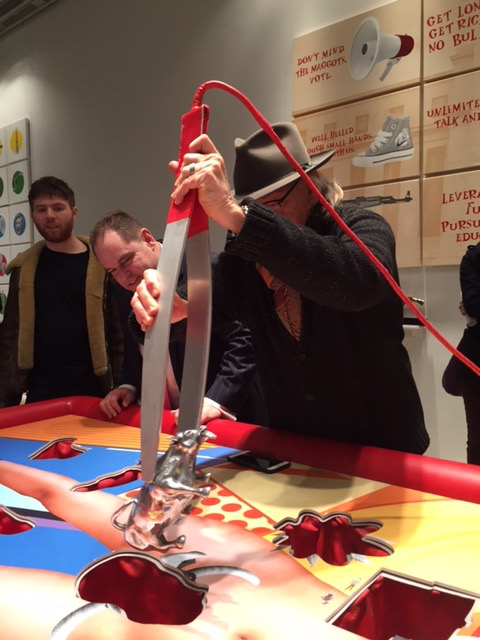 Fister, a parody of the game Twister, is a satire of the current political and socioeconomic landscape.

The two series of original works by the Collective, “Corp Cru” expresses the political and economic divide embedded deep within the fabric of our social structure. 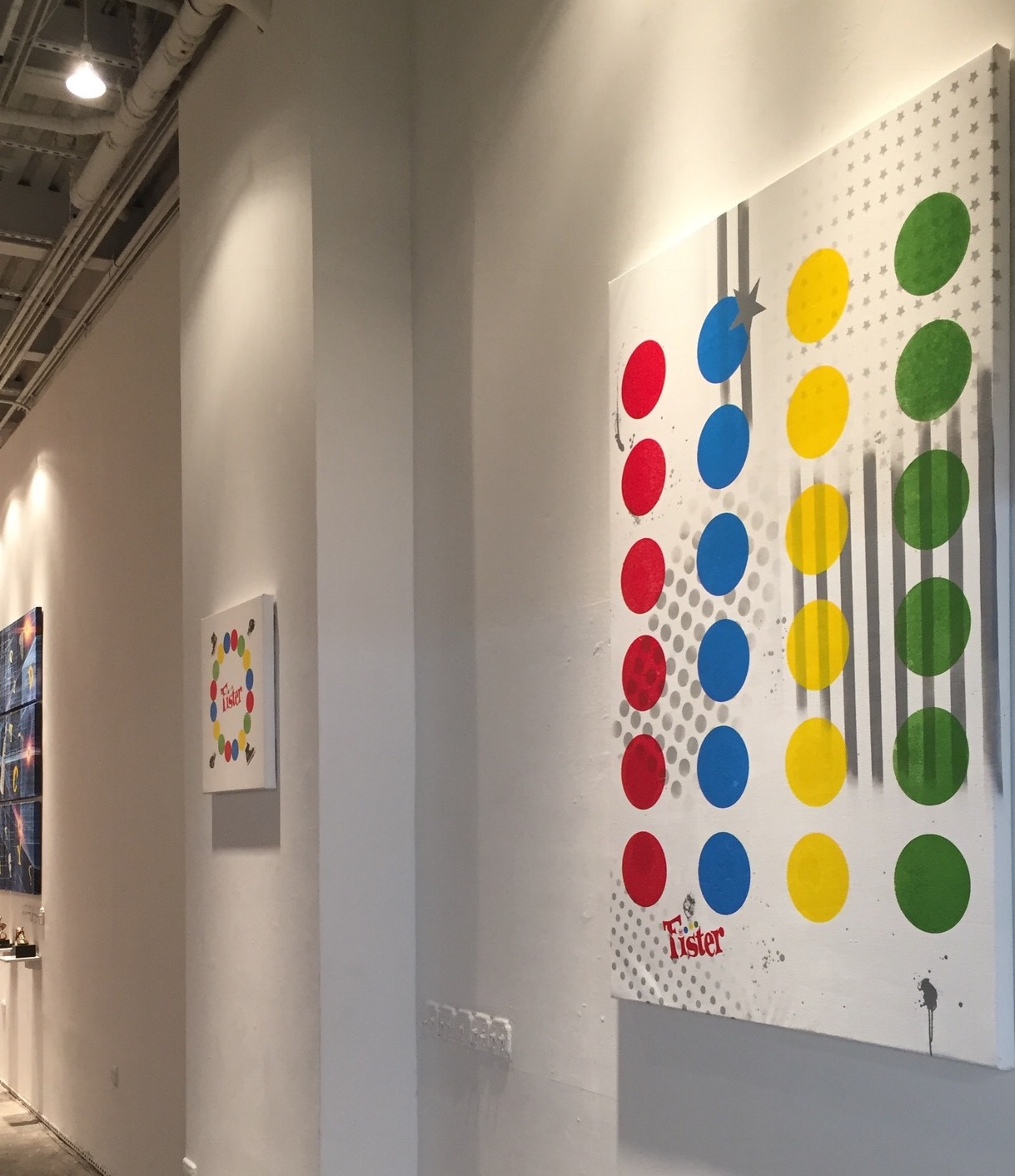 Fister expresses the uncompromising positions society is forced into by the establishment. 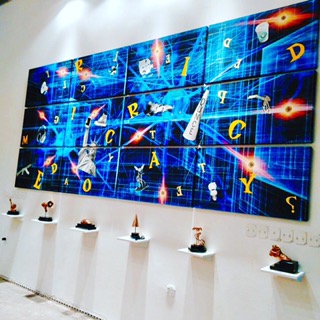 Corp Cru and WhiteBox, a 501(c)3 alternative art institution located at 329 Broome Street on the Lower East Side of New York City are cooperating to tour the exhibit through China in the coming months.

“We are excited about the response to the exhibit from the public” said Jason Meyers, Founder of Vestcomp Ventures and co-founder of Corp Cru. “The controversial and explosive exhibit accurately depicts public sentiment toward big government and big business”, Meyers added and further explained. “The rising popularity of Bitcoin increasingly makes the case for the peer to peer democratically constituted Blockchain as having an ever increasing role in business and consumer life, which the exhibit expresses”.

Corp Cru is an artist collective founded in June of 2016 by Vestcomp Ventures, a venture capital firm based in New York City. Corp Cru expresses in a controversial and exploitative fashion the social and economic issues promoted by our establishment. Corp Cru is the creator of the Corporation Series of 50 original works of art based on a parody of the familiar “Operation” board game as well as Fister, a parody of the current political and socioeconomic landscape. Corp Cru is funded by Vestcomp Ventures and a group of angel investors. Please visit Corp Cru at www.corpcru.com.

Corporation is an exhibit of a series of 50 original works of art by Corp Cru that expresses a hilarious and provocative socioeconomic satire of the corporatocracy confined within a parody of the traditional board game; Operation. Corporation will be on exhibit at WiteBox, 329 Broome Street, New York, NY 10002 from January 22, 2017 through March 25, 2017. Visit www.corpcru.com/corporation

Fister is a satire of the political and socioeconomic landscape confined within a parody of the game Twister. Fister is a growing number of original works of art by Corp Cru. Fister symbolically refers, in a humorous manner, to the uncompromising position society is often placed in at the hands of ever burgeoning and overreaching government and big business. Visit www.corpcru.com/fister