We talked about the education system in the “Education Credit Card”, which is a part of the Corporation exhibit. In fact, we talked about it in February of 2016. If you didn’t read it, please take a moment to read it and also listen to the 33 second bit we recorded for this piece which is located at the bottom of the “Education Credit Card” page. We just want you to be prepared first.

When the University of Michigan first reported after the presidential election that it would provide “safe spaces” for its students that included “puppy therapy” and yes, “Play-Doh therapy”, many other universities (with huge endowments) followed suit. Jesus Harold Christ on rubber crutches!!!!! Play-Doh therapy? Are you fucking kidding?

They were not kidding. Although UMich cancelled the new curriculum, probably soon after they realized that Republicans won the Great State of Michigan on November 8, you can still take a tour of many other $80,000 per year universities in other states to watch students; maybe even yours; create a Play-Doh version of their favorite presidential candidate while petting one or more puppies DURING FUCKING SCHOOL HOURS!!!!

If you or your parents are spending good money on higher education, or worse, the taxpayers if the loan defaults or is forgiven, you will sooner or later come to the realization that this redefines the word “ridiculous” and borders on the prospect of galactic stupidity.

Please don’t misunderstand us. We feel ya, dog. We are a non partisan organization. We take the opportunity to poke fun at everyone, regardless of what side of the isle your on. So when we heard the reports in the press, we couldn’t resist and immediately took to the task of recreating the incredibly momentous event.

You asked for it, so here it is. Introducing; the first of a series of Play-Doh cans by Corp Cru now on exhibit at Whitebox through February 28, 2017. 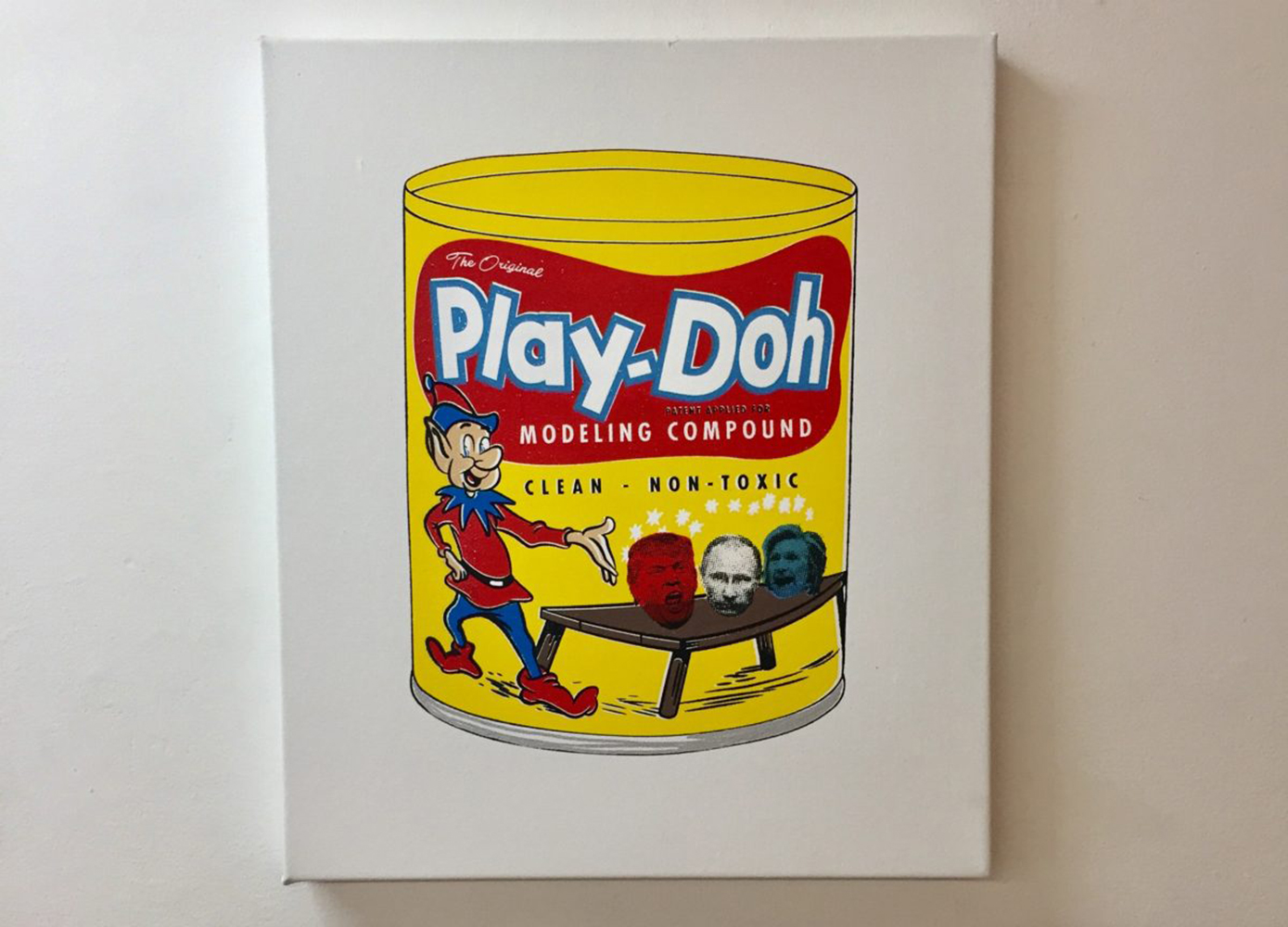