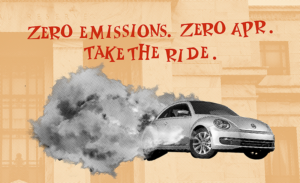 The car we drive says everything about who we are and what we aspire to be. Some play and drive safe. Some drive as fast as they can beyond their financial means and go any distance to be who they want to be, which is sometimes who they are not. The corporations who play a role in “driving” the consumer to nirvana earn billions selling cars and lending the cash.