The Blockchain has applications in every industry. We are seeing incentive systems explode as it did with Bitcoin to adopt protocols in other industries. Our generation is witnessing a supernova of Blockchain applications for every industry through ICOs. Everyone is minting their own constitutionalized monetary system with base currencies and utility tokens to such an extent that centralized sovereign monetary systems could be displaced by the year 2020. The challenge will be convincing the idiots at corporate that it’s a “decentralized” system. Not a centralized one. Just ask the tinkerers at Enterprise Ethereum Alliance. 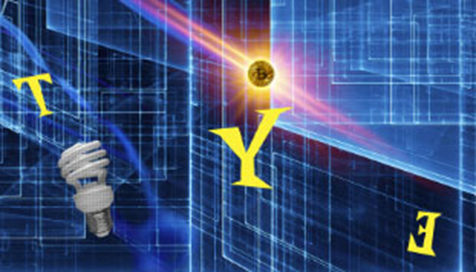 are the ones who solve each “block” every 10 or so minutes in the case of Bitcoin and every minute or so on Ethereum; a process known as “hashing” which requires a significant amount of computing power; power that supports the Blockchain.

So far, the Bitcoin Blockchain appears to have kicked off the purest and fairest form of democracy ever constituted by humankind. It’s “sovereignty” also appears to be forming a new monetary system.

The Blockchain has forced the dusk of modern computing technology under Moore’s Law and has pushed us faster toward the precipice of Quantum Computing not to mention decentralized government. Watch for strange dis-correlation and divergence from the norm at central banks as they prepare for their own funerals in a panic feat to hide Blockchain’s displacing effects.